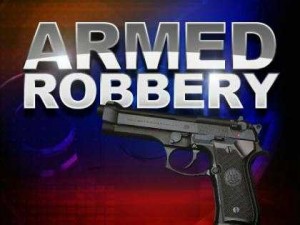 Cuyahoga Community College Police have issued two Crime Alerts in the last few weeks urging students, faculty and staff to be alert and to know your surroundings.

On Nov. 8, a Tri-C student escaped injury in what could have turned into a bad situation when she was robbed at gunpoint just after 8 p.m., at a RTA bus stop situated on East 30th Street, between Woodland and Community College avenues on the Metro campus.

Tri-C Metro Police Lt. Ron Wynne said they are working with detectives at Cuyahoga Metropolitan Housing Authority Police, and RTA police to identify two black males who looked to be about 18 to 20 years old.

Wynne said there are no leads at this point because the investigation is in its initial stages. He did mention the victim said she did not get a good look at the assailants and probably won’t be able identify them, which could hamper the investigation if police round up suspects.

In another open crime case, just after midnight on Oct. 31, a contract cleaning employee at Tri-C, was waiting for an RTA bus and was approached by a black male suspect who demanded to use her cell phone. The victim refused and reportedly was punched by the suspect until she gave him her phone. The crime alert said the suspect fled into the Cedar Estates housing complex.

There are about 20 incidents of petty theft on the Metro campus that has happened since the beginning of the school year, according to the crime log.

Public information on crime incidents that take place an any of the campuses are updated daily on the Tri-C Campus Police and Security Service Web site.

Police are asking if anyone who may have information about the suspects, or who may have witnessed the crimes in this story to call 216-987-4325.

Public information on crime incidents that take place an any of the campuses are updated daily on the Tri-C Campus Police and Security Service Web site.

Sandy Makes Her Mark in Cleveland