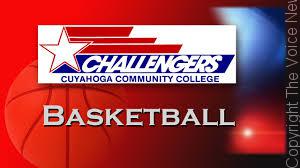 It would seem that the Tri-C men’s and women’s basketball teams are going in opposite directions. While the men’s team seems to be finding their groove, The Lady Challengers have started conference play with two straight losse, and a have a 3-8 overall record, including a winless record at home.

The Ladies have struggled much of this season but showed promise in their last game before conference play against Lansing Community College. Having lost in a close overtime game earlier this season to Lansing, the Challengers used that motivation to easily defeat them in a 61-36 victory.

“We have a tremendous amount of talent. When are we going to play that way all the time instead of every two games or every three games,” Head Coach Derrick Williams said.

The Challengers inconsistent play has prevented them from stringing together consecutive victories so far this season. The Challengers have been led by their Freshman Center Keri Hill, who is averaging 13.1 pts/game, 1.8 stl/game and 8.1 rebs/game. “She is a very strong inside player, she has some very good dynamic moves,” said Williams, who personally recruited Hill and thinks she could contribute well to a Division 2 school.

The Lady Challengers opened up their conference play schedule with a valiant effort against Columbus State. Hill had 20 points and 12 rebounds as the Challengers were defeated 60-50. Perhaps a blown opportunity for a win, as they went on to be overwhelmed 82-35 against the best team in the division and winners of 17 in a row, Owens Community College.

Before the season even began Coach Williams knew he had a very talented team, it’s getting them to play up to their potential that will be the toughest task as the Challengers enter the second half of the season.

All stats courtesy of OCCAC.ORG.