Change.Org: A Small Way to Make a Big Impact 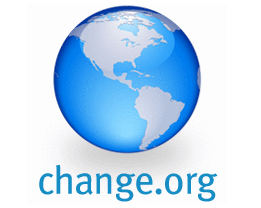 Michael Jackson said it best, “If you want to make the world a better place, take a look at yourself and make a change.”

With life being as busy as it is, sometimes you can’t always take the time that you want to make a difference. Luckily in today’s society the Internet has become a major tool in connecting people with the issues that they care about.

Facebook and Twitter made major headlines in 2011 for playing a part in the riots of England, Egypt and other places. Now there’s another Web site that’s making headlines. “Change.org” is an online activism platform that empowers anyone, anywhere, to start, join, and win campaigns for social change. They start with giving you the tools to make an online petition and profile. It can be shared and emailed to everyone you know, and they share them with their own network.

Thousands of people have signed up to “Change.org” to be constantly updated on new causes. They also help nonprofits companies grow their membership to connect them with people who are passionate about their cause.

The Web site has had many victories, one of them being the Bank of America Cancels Plans for $5 Debit Card Fee Campaign. Molly Katchpole, a 22-year-old nanny working two jobs, starts a petition asking Bank of America to drop an unexpected new $5 per month banking fee.

With 300,000 people joining, the campaign gained national media exposure, drove customers to leave Bank of America, and inspired dozens of people to start copycat campaigns targeting their banks. In less than 1 month, Bank of America announced it will drop its new banking fee, as do all other major national banks.

Many others have joined the ranks of success including U.S. Secretary of State Hillary Rodham Clinton to publicly support Saudi women’s driving rights campaign. All with the support of everyday people just putting their name down many lives were changed. To start, go to “Change.org” and click the word “Join.” So next time when you think you want to make the world a better place and don’t know how, just check out “Change.org.” It’ll show you plenty of ways to do it.

Classes and Children: A Stuggling Act for Student Mothers