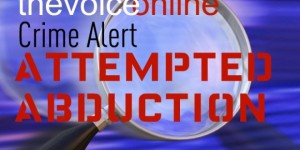 The appearance of the suspect and his vehicle have been described; a white male in his early to late 20’s, 5-feet, 11-inches tall wearing a black jacket and blue jeans. He is said to be heavy built, weighing around 175-200 pounds.

The victim last saw the suspect when he was leaving the campus Tuesday evening driving a dark-green, two-door car on York Road, right off Pleasant Valley Road.

Tri-C Lt. Al Moreland, of Western Campus, said the victim was not injured, but the suspect may have been after the victim pepper sprayed the assailant.

The victim gave a detailed description to a sketch artist to facilitate the rendering of a facial composite of the suspect. The sketch has not been released at this point.

Police patrols have increased in response to this incident, and police are also urging students, faculty and staff to be vigilant while on campus.

The suspect’s appearance and vehicle description have been transmitted to local law enforcement to have them be on the lookout for the suspect.

Anyone witnessing this incident should contact Campus Police and Security Services at 216-987-4325.

If possible, walk in groups or at least with one other person in all parking lots, and be aware of your surroundings. The Campus Police offer escorts to anyone who would like safety services.

This investigation is currently underway. Further information on this campus crime will follow in the near future.

This is a latest of a number of crimes happening at Tri-C campuses. Earlier in November at the Metro Campus, a student was held at gunpoint and forced to relinquish her backpack containing a laptop, cell phone and textbooks. Then on Oct. 31, a contract employee was assaulted until she gave up her cell phone to her assailant.

Bronson Peshlakai contributed to this report