Challengers Defeated by Owens At Home 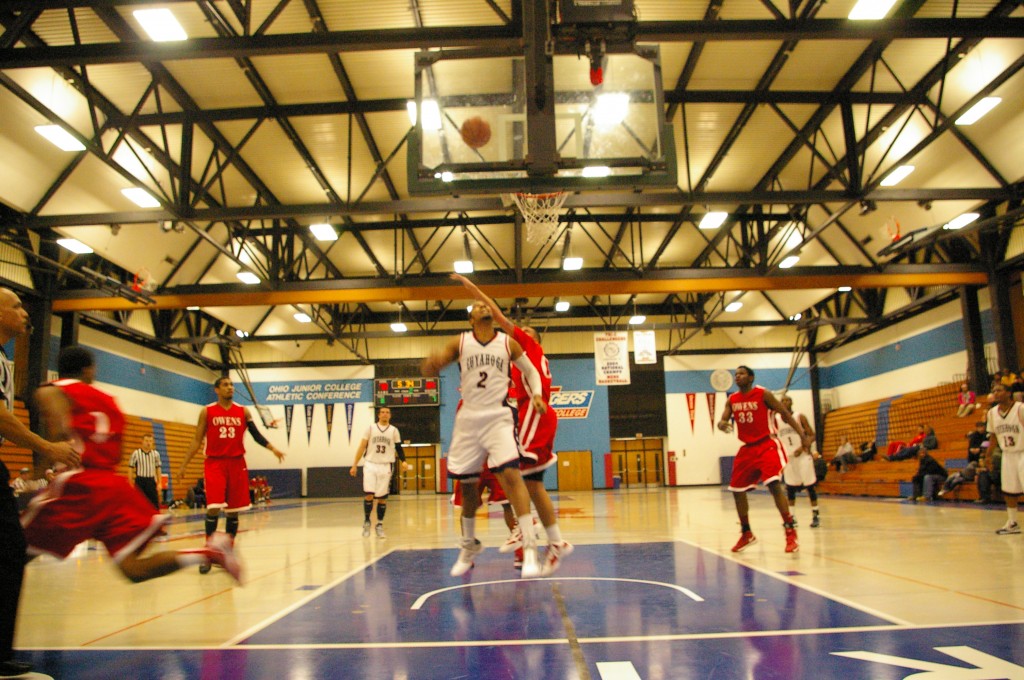 The Cuyahoga Community College men’s basketball team put up a fight Jan. 16 against one of the best team’s in the conference but couldn’t pull thru with a win.

The Challengers lost by 16 points with a score of 80-96 to the Owens Community College Express, from the Toledo area.

Sophomore Joshua Reagan was the powerhouse of Tri-C’s team bringing in 33 points in the game with nine rebounds.

Owen’s top leader, James Kelly, had a triple-double with 30 points, 12 rebounds and 10 steals, that boosted the team into the winning spot. Kelly and Freshman Andy Bachman led the team with 10 successful three-pointers, with 16 total for the whole team.

“We ran into a hot suit team,” said Randy White, Tri-C men’s basketball head coach. “They shot the lights out from the three-point line.”

White said some players on the team who weren’t doing very well up-to-date showed some confidence during this game, and he expects them to step up in the coming games.

He said the Owens team was a tough team to play against, probably the best team in the conference right now.

On Jan. 12, the men’s team played its first conference game against Columbus State with a loss of 10 points, so at this point, the team is 0-2 in the conference standings. Owens is 2-0.

Since November, the team played 15 games with other community colleges outside of the conference. The Challengers had a winning percentage of 42.2 percent with 7 wins and 10 losses overall.

According to the National Junior College Athletic Association statistics, Reagan ranked fourth nationally as an individual offense leader for points per game with 23.4.

The Lady Challengers also were challenged by the OCC women ending up with a losing score of 41-76.