WASHINGTON — Voice News travels to the District of Columbia for unprecedented coverage of policy decisions that will affect Cuyahoga Community College and its students.

From the hallowed halls of the U.S. Capitol, the offices of Northeast Ohio’s congressional representatives and national organizations important to Tri-C’s success, Voice News Metro Campus Editor-in-Chief Bronson Peshlakai reports from Our Nation’s Capitol on stories important to students, faculty, staff and administration at Tri-C.

The main topic on the minds of lawmakers and students alike while in Washington, and into the coming weeks, is legislation that could keep the interest rate on student loans the same, or have it doubled.

The Republican-controlled U.S. House passed a version of the bill earlier that does not keep the Federal Stafford Loan interest rates capped at its current 3.4 percent – some Democrats voted against passage of this bill and President Obama has threatened to veto the bill – now the Senate has to consider the House version.

But, before that happens, Senate Republicans and Democrats each have their own versions of the student interest rate bill to debate.

Congress has until July 1 to decide which bill to pass for Obama’s consideration – and he’s made it clear he intends to keep student rates capped at its current rate.

In a Special Report on this issue, The Voice has visited the offices of U.S. Reps. Marcy Kaptur (D) and Marcia Fudge (D), and U.S. Sens. Sherrod Brown (D) and Rob Portman (R) to ask the questions behind the scenes of a political showdown on The Hill.

The Voice will provide continuing coverage on this issue as news breaks, but the first of the series on the student loan interest rate bill will publish online soon.

While in Washington, The Voice also interviewed multiple sources on different enterprising stories and will publish them online soon: 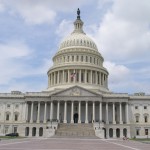 With the deadline quickly approaching, Senate Republicans and Democrats have dueling legislations that will decide whether or not student loan interest rates will remain the same or double. The Voice interviews U.S. Rep. Marcy Kaptur and the spokesman for a group that lobbied lawmakers on student loans. 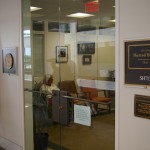 Communicating with your Elected Officials

With legislation being debated and decided by the people you elected into Congress, as well as the president, it’s important to realize your voice still counts after the election. The Voice interviewed lawmakers and their staff, as well as other high-level directors of national organizations who all say good-ole letter writing, or emailing, to your elected officials carry a lot of weight. 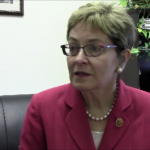 A Longtime Ohio U.S. Representative is a New Face to the Cleveland Area After Redistricting; an Introduction to Marcy Kaptur

U.S. Rep. Marcy Kaptur (D) is the longest-serving member of Ohio’s 16 representatives in The House. However, since Jan. 3, she is a new face to many in West Cuyahoga County. Due to a reduction of population in the state, redistricting lines merged Kaptur’s Toledo district with much of Dennis Kucinich’s districts after he lost the congressional race. Who is Marcy Kaptur? 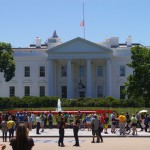 A report from a DC think tank says community colleges have been receiving a lot more attention with Obama’s goal to bring America to a No. 1 rank in college graduations. But, the report says the change is all rhetoric because Congress disproportionately funds universities instead of the community colleges. Why? 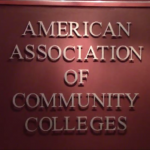 Tri-C has nation-wide recognition as an institution of excellence. The leading organization that helps steer the future of community colleges in the nation is the American Association of Community Colleges. Headquartered in Washington, this organization has Tri-C presidents Jerry Sue Thornton, Patricia Rowell and president-elect Alex Johnson serving in official capacity with the AACC. 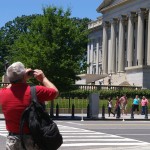 Voice Recommendations on How to Survive a Trip to The District

Washington D.C. can be a town that can eat you alive if you never been here. With tons of police presence, snarled traffic, sardine-packed subway rides, an endless selection of sights to see with lines snaking in circles at those places, expensive hotels, no places to park… you get the point. I’ve got the answers, in this story. 🙂 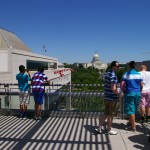 In some cases pictures can be more beautiful than words. In my three-day trip to Washington, I snapped lots of pictures, including some at many of the exhibits at The Newseum, a collection of artifacts, history and interactive adventures in journalism. This photo gallery will likely inspire you to book your next vacation to Our Nation’s Capital.

The Voice is committed to bringing comprehensive coverage on issues surrounding the Tri-C community. Check back often throughout the summer here at CCCVOICE.COM.

Photo Credit: All thumbnail photos by Bronson Peshlakai. He can be reached at (440) 941-1794, or at bpeshlakai@gmail.com

New Reporting Structure in Place for Interim Dean of Nursing