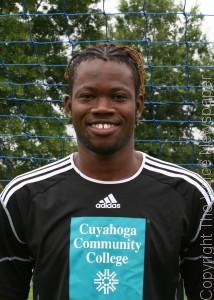 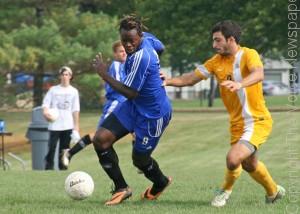 In what was a long and difficult season for Tri-C men’s soccer, something good has come from it.

Richard Vanhorne has been selected to the National Junior College Athletic Association All America team. Vanhorne joins a host of other athletes from around the nation who were selected.

“It’s an ultimate accomplishment to end the season,” said Vanhorne in regards to the selection. He was also named offensive player of the year of Region 12. The men’s soccer team went 1-18 this season, yet Vanhorne remained positive and could be seen on the field before games singing and saying phrases like “I love my team”.

“Every single game had some form of positive elements that we could draw positive energy from,” said Vanhorne. He praised his coach Devan Anderson who used the word “adapt” to motivate the young men this season.

Having maintained a 4.0 GPA he is a winner both in the classroom and on the field. Wherever he goes he will be greatly missed by Tri-C, as he is arguably the greatest player in Cuyahoga Community College men’s soccer history.

VIDEOCAST: Welcome Back to School 2014

VOICE XTRA — The Night Before the Rose Bowl Parade