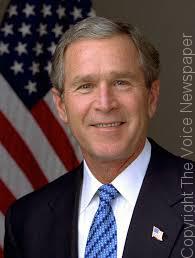 The 43rd President of the United States will speak at this year’s Tri-C Foundation’s Presidential Scholarship Luncheon on Sept. 11, 2014.

George W. Bush will be the second U.S. president to speak at the luncheon that not only benefits student scholarships, but will help support veteran’s initiatives, a Tri-C spokesman said.

Not too many details are available at this time other than the luncheon will take place at the Renaissance Cleveland Hotel.

The event will fall on the 13th anniversary of 9/11 — the attack on America that brought down World Trade Center towers 1 and 2, an attack on The Pentagon, and the crash of Flight 93 in Shanksville, Penn. Bush was president during that deadliest attack on American soil.

The naming of President Bush being the next luncheon speaker is in line with the Cuyahoga Community College Foundation’s efforts to snag top world leaders to raise money for student scholarships at Tri-C. Last fall, U.S. President Bill Clinton was the speaker, and before that former U.S. Secretary of State Madeleine Albright was here, and before her, former U.K. Prime Minister Tony Blair was the speaker.

The scholarship luncheon fundraiser generates more than $1 million with its per plate charge of more than $1,000. At least for the last three speakers, the luncheon was sold out.

There will be continuing coverage in The Voice newspaper’s final edition expected on stands April 28.

Students Give the Grade