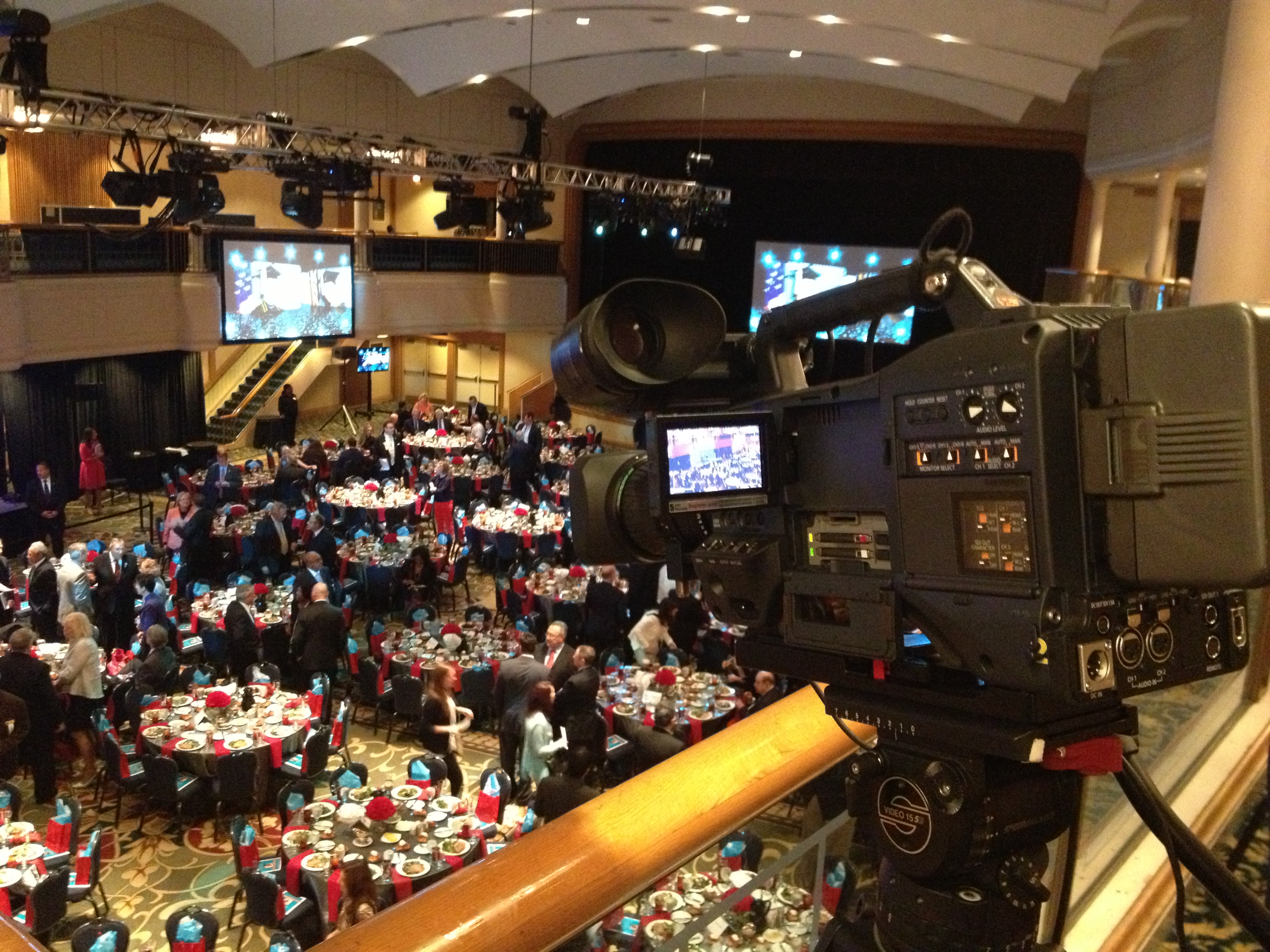 In the first time in at least three years of speakers at the luncheon, the keynote speaker immediately took a seat after introductions in an easy chair next to Tri-C President Alex Johnson for a Q&A session at the sold out, $1,000+ plate dinner – which school officials said raised more than $1.6 million this year.

The tone of the event seemed to almost set itself when the president congratulated Mayor Frank Jackson in the audience and the need to have the potholes of Cleveland filled.

The mood became solemn when a moment of silence was offered in remembrance of the victims of the 9/11 terrorist attacks.

After talking about the 9/11 events, Johnson asked the president about his views on the Middle Eastern situation with ISIL and Syrian conflicts.

“Eventually freedom will prevail … Study Mandela if you want to lead a nation.”

Bush said he learned diplomacy from a master, his father George H.W. Bush.

“To conduct foreign policy it is very important to understand how a person thinks,” Bush said.

He acknowledged that immigration reform in America needs to happen. Enforcing the nation’s border is a huge fix, as well as changing small business laws that would allow temporary immigrants with a tamper-proof card to work in the U.S. to do jobs the Americans don’t want to do. It’s a change he believes will become law in the future.

“The challenge is for people that are here, and it is important to understand that people want to come to America to better their lives,” Bush said.

After Bush’s speech, Johnson said a new scholarship will be available to students, the “President George W. Bush Scholarship Fund.”

Members of the audience were given a complimentary copy of Bush’s #1 national bestseller “Decision Points.”

Although there were no metal detectors visible, attendees were required to show a numbered ticket with his or her name printed on it along with identification to enter the event.

Security and Secret Service were present and the audience were reminded several times that personal recordings on cell phones, including audio and video, were strictly not allowed.

Entertainers and news anchors such as Opray Winfrey, Cokie Roberts, Tom Brokaw and the late Tim Russert have also been keynote speakers for the luncheon.

Students interested in applying for Foundation Scholarships can do so by visiting http://www.tri-c.edu/payingforcollege/scholarships.

For more on Bush’s remarks on what happened behind-the-scenes as he learned about the unfolding events on 9/11, please read Brian Fuchik’s story at http://www.cccvoice.com/?p=2719

Amandya Wells and Brian Fuchik also contributed to this report.