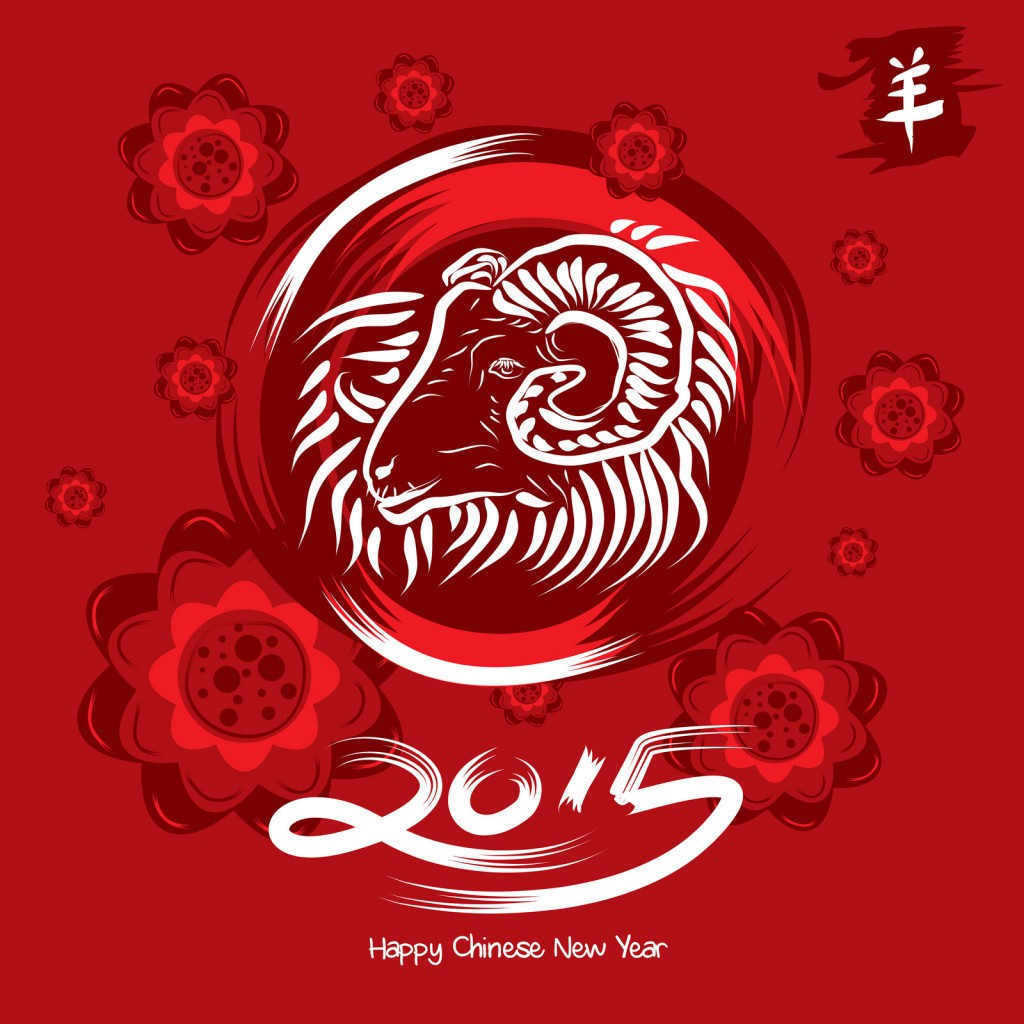 The traditional Chinese New Year – the spring festival has a history of more than 4,000 years. This year, February 19, 2015, marked the beginning of the Year of the Sheep according to the lunar calendar. It is also known as the Year of the Goat or Year of the Ram.

As is the universal theme behind all festivals, it is an occasion for bringing families to be together. Wherever they are, people come home to celebrate the festival with their families and friends. The New Year’s Eve dinner is called Reunion dinner, and is believed to be the most important meal of the year. Older and younger generations in the family sit around the table and enjoy the food and time together.

Many cultural activities occur during the festival. Traditional celebrations include setting off firecrackers, ancestor worship, and dragon dances. Decorations are red as it is the main color for the festival; since it is believed to be an auspicious color. Red lanterns hanging in streets; red couplets pasted on doors; and red New Year pictures depicting images of prosperity are traditionally a beautiful sight among the Diaspora communities.

As 2015 is the year of goat, decorations related to goats will be commonly seen. There are red goat dolls for children and New Year paintings with goats.

No festival is complete without delicious foods – certain foods are eaten during the festival because of their symbolic meanings, based on their names or appearance. Fish is a must for Chinese New Year as the Chinese word for fish (鱼 yú /yoo/) sounds like the word for surplus (余 yú). Eating fish is believed to bring a surplus of money and good luck in the coming year. Another traditional Chinese New Year food is Chinese dumplings. Because the shape of Chinese dumplings looks like a ‘silver ingot’ – a kind of ancient Chinese money, they are believed to bring more money and wealth for the coming year. Other New Year food includes spring rolls, glutinous rice cakes and Sweet Rice Balls.

The Complex Ways of Love

Who are the democracy fellows?

CBE Cybersecurity Program Coming to Tri-C: What is it and can it do for you?