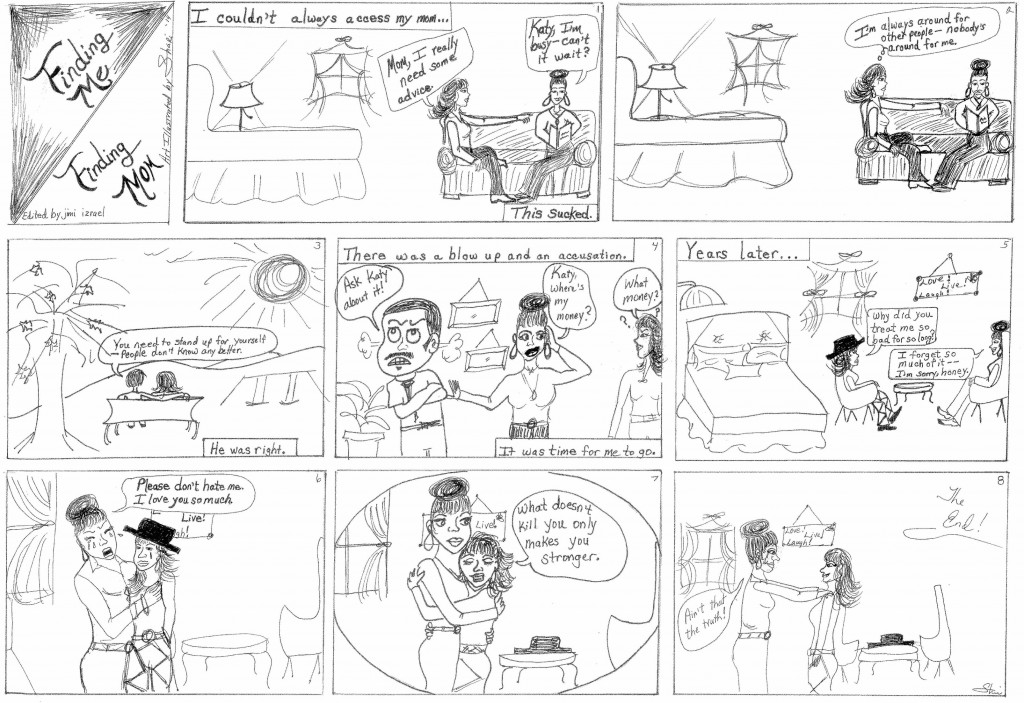 Students from English and writing classes are pairing their work along with students from Art, Illustration and Photography classes to collaborate on a comic strip in part with the project known as “Art of Story.”
The English class students will script and the Art class student will illustrate a strip that tells a story from their own lives. Using the Three Act Structure and sequential art, the stories are drawn from life as a student, life at home, and life in the city of Cleveland. When asked “What was the most challenging part for the students?” Art Instructor Ann Harahan said, what the students struggled with the most was that they couldn’t alter the story (no editing), and had to follow the writers’ directions- which sometimes differed from their own ideas.
A student, Gilberto Rivera, also added, “Working on this project was an enjoyable experience. It was a great “peek” into the real worlds of a comic book illustrator or cartoonist working for a newspaper.” Some of the stories will be published in the online version of the Voice (www.cccvoice.com).
Artist in Resident Jimi Izrael will be available to work one on one with students on their projects. At the end of spring these strips will be compiled into a graphic novel curated by Jimi Izrael and will be available online as well as print.

ABOUT THE ARTIST IN RESIDENCE

Jimi Izrael is an author, journalist and adjunct professor from Cleveland, Ohio. He has also taught at Cleveland State University, Lakeland Community College, Case Western Reserve University. He currently teaches here at Cuyahoga Community College on topics ranging from professional and business writing to hip-hop narrative in film, the comic book writings of “Clevelander”, Harry Pekar and media writing.
Jimi is a high school drop-out who attended Tri-C and acquired his baccalaureate degree from the Cleveland State University and his Masters in Fine Arts from Spalding University in Louisville, KY. His memoir, “The Denzel Principle,” was published by St. Martin’s Press. He has been a National Public Radio contributor for ten years in some form, most recently as the co-moderator for “The Barbershop” segment of NPR’s “Tell Me More,” with Michel Martin during its entire 7-year run. He also contributes commentary appearances to CNN, CSPAN, Fox News, Al Jazeera, BBC, Current TV, and ABC’s “Nightline” along with other radio and cable networks.