Months after his tragic accident, his Tri-C community is still finding ways to lift him up.

By now you have probably heard of Antonio Mason, the young man who had his life change in the blink of an eye, after he was hit from behind by a speeding vehicle. Mason suffered devastating injuries including a cracked sacrum, spinal injuries and a broken manubrium. All but gone are his hopes of playing basketball again, now that he spends his time recovering and longing to walk again.

Mason has received an overwhelming amount of support from the Tri-C community, including recent bake sales that have raised money for him and his family. Coaches and players have also kept in contact with him, keeping his spirits high. “The support has been great. I appreciate that I got people willing to help me however they can, whether it’s a wheelchair or a prayer,” said Mason.

It was a chance encounter, much like the awful one he had on that tragic day that may bring him a fresh start and a new push to keep on fighting. Student Support Supervisor Michael Bistak was at the Rec center, as a basketball player walked past him. Bistak was talking to his sister Cathy Manson and seeing the basketball player prompted him to tell her that one of the basketball players was in a car accident and is paralyzed from the chest down. “The next words out of her mouth were, could he use the chair?” he said. Manson had lost her husband Fred, who struggled with ALS and passed away in April 2014 due to esophageal cancer, leaving her with an electric wheelchair.

Both Bistak and Manson believe this is yet another kind act from their beloved Fred. “Fred was always giving and willing to help people throughout his whole life and you know he is still giving, he is giving the chair.” His generous and giving personality has always touched Cathy. “If I couldn’t nail it down Fred would give it away,” she said.

Antonio uses a regular wheelchair now as he continues his rehabilitation in a nursing home. Although, don’t expect Antonio to look at this as a permanent upgrade. “I push myself and do everything to keep my upper body strong for when my legs come back, because they comin’,” he said.

Though plans are in place to give Antonio the $13,000 electric wheelchair, the process was slowed by the complications of building a ramp onto his Mother’s home. Recently, Tri-C, Health Aid of Ohio and Ozanne Construction came together to build the $5,000 aluminum ramp.

From Manson to Mason this generous act will surely touch the lives of Antonio and his family, as he continues his road to recovery, with perhaps now a little smoother road. 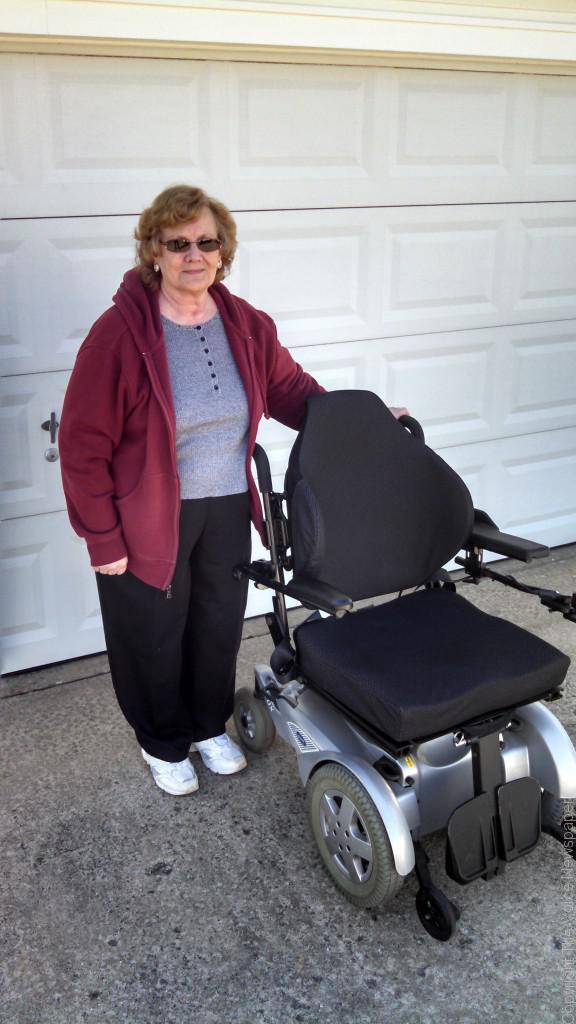