The campaign rally for Barack Obama has officially began shortly after 1 p.m. at the Tri-C Metro Rec Center Gymnasium with a prayer that had the audience applauding.

“God bless America’s president; his family” the pastor said. “Thank you for his fortitude and his conscience.”

Supporters followed the prayer with loud “Amens” and with applause. 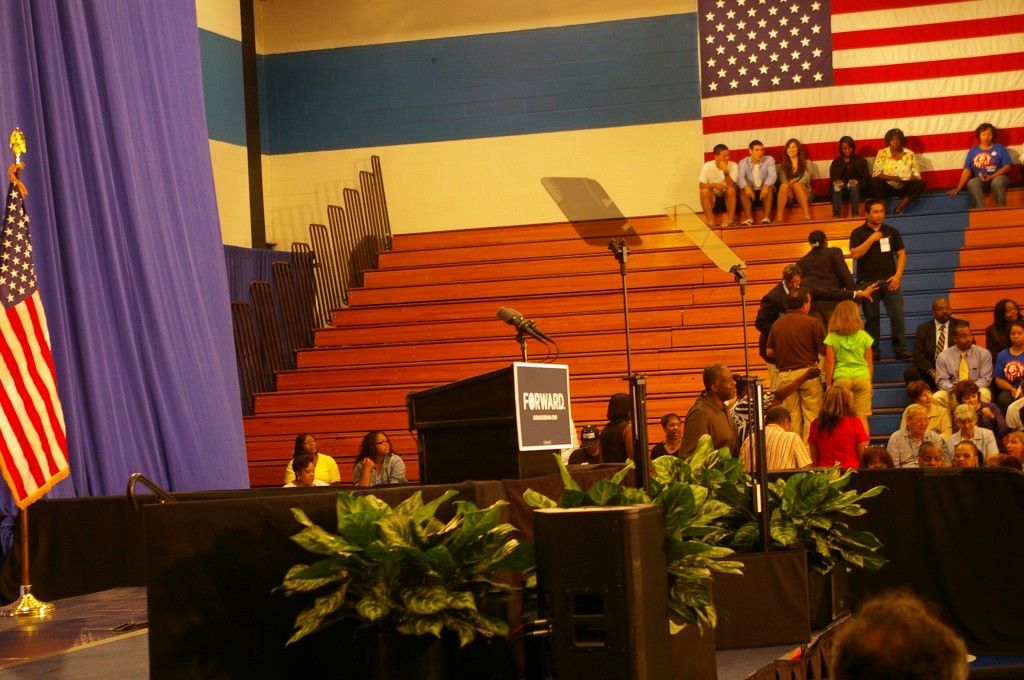 Then on this Flag Day 2012, the audience turned to a large American flag on the gymnasium wall and said The Pledge of Allegiance, which was followed by an acapella solo of The Star-Spangled Banner.

Now, at 1:30 p.m., there is a pause in the program as we all await the arrival of President Obama. Here in the media area, the White House Media Pool has not arrived yet, which is usually a sign that the president is nearby.

FOLLOW LIVE UPDATES ON OUR TWITTER SITE: @TRICVOICENEWS for live twitters while Obama makes his remarks to a packed house at Tri-C. We apologize our Twitter feed is not appearing on our CCCVOICE Website sidebar as we are experiencing technical issues.