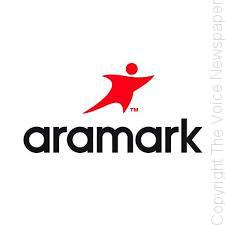 A former Aramark cafeteria manager is accused of stealing more than $38,000 from the proceeds of the Tri-C Eastern Campus cafeteria.

On July 22, a police investigative report was entered into the Cuyahoga County Prosecutors Criminal justice system for the county prosecutor to review the charges, and on Aug. 4, Antonio D. Ezell, 39, is under one count of grand theft, and is scheduled to be arraigned Aug. 25 in Cuyahoga County Common Pleas Court.

In a statement filed by Tri-C Campus Police, Ezell, confessed to the theft.

“I took money from the safe on numerous occasions to gamble with; I always thought I would win enough to replace the money I took.”

Since February 2014, Ezell started making fictitious coin orders from money supplier Dunbar, and was failing to make bank deposits from the cash sales at the cafeteria, the report said.

In a statement from Jerry Davenport, and Aramark cash audit supervisor, she arrived at the Eastern Campus to explore why a cash variance was showing between bank statements and sales transaction. After auditing the safe, she approached Ezell asking where a missing deposit was, and an explanation on why a sticky note in the safe said $600 on loan to “student union.”

Ezell tried to act confused as to where the missing deposit was, and no one could be located to account for the loan to “student union.”

After being confronted, Ezell said he had a “bad habit,” and he didn’t know how to fix it. He turned in his keys and left the premises, according to the report.

Aramark food director Kevin Strub said that in the 25 years he’s been with the company he had never experienced an incident of this magnitude at Tri-C.

“I was dumbfounded,” Strub said.  “Anywhere I’ve been I’ve never had to deal with something like this.”

Strub said Aramark employees have to submit to background checks, Ezell did, and he had worked his way up in the company to a management position.

The Voice tried to contact Ezell, but his phone number listed on the report was disconnected.

Why you should become a Mandel Scholar

LIFE AS A GRAPHIC DESIGN STUDENT AT TRI-C