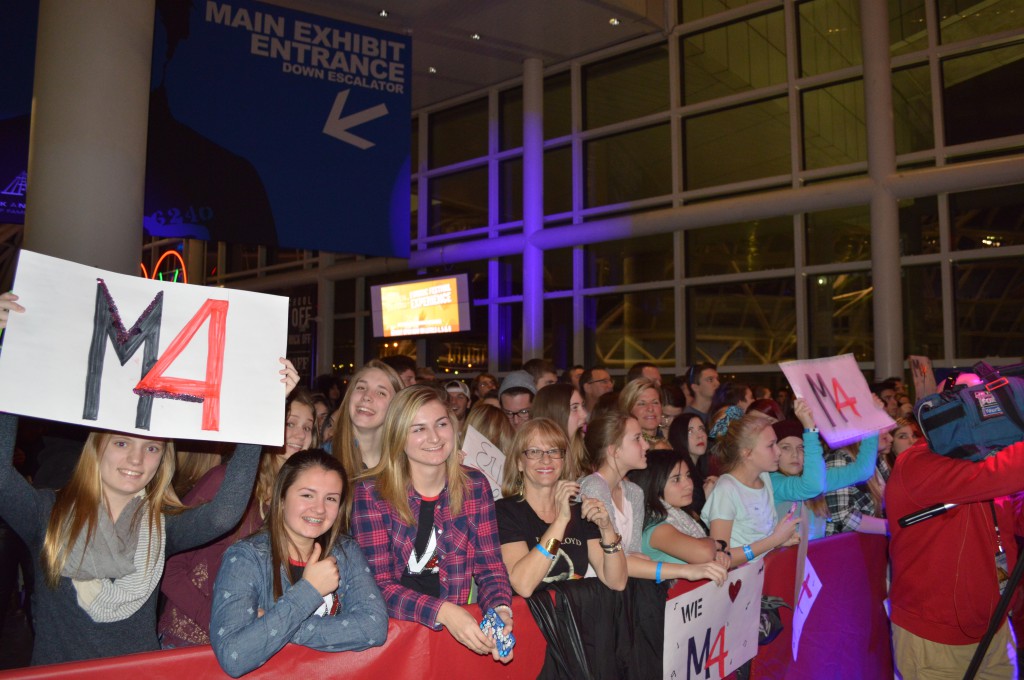 And the winner is! M4! Congratulations to the 2015 High School Rock off champions who ended the month long event with a victory over 49 of Northeast Ohio’s best high schools bands.  The competition this year was tough but M4 was tougher!

Tri-C’s 19th Annual High School Rock off took place at the most fitting of venues this year, The Rock and Roll Hall of Fame.  Every weekend in January 49 bands performed in five different battle rounds with the top three bands of the night securing a place in the finals, appropriately titled the “Final Exam”. Qualifying bands had the opportunity to record at the Tommy Li Puma Center for Creative Arts.  The state of the art recording studio is on Tri-C’s metro campus and the bands were privileged enough to work with guest producer Jim Stewart for a free download album featuring each of the bands.

Over the course of its 19 year run, the Rock Off has exploded into a dream-like event for local high school rockers.  Each year the Rock Off provides an opportunity for the bands to perform their music, in many cases, original pieces in front of a live audience and music industry judges. This year’s panel included an all- star line of judges including Dominic Nardella, Sirius XM’s programmer, Julius Kwolek, production coordinator of the Beachland Ballroom, and Tri-C’s own, David Kennedy.

Each year the city of Cleveland has the opportunity to hear from some of the City’s finest teenage musicians. “We are always excited about the next generation of musicians.” Stated Kwoleck,” This is an amazing event that Barry puts together and the level of talent is unreal.  Its mind-blowing and I’m just happy to be here.”

The fact that the Rock Off was held at the Rock and Roll Hall of Fame was icing on the cake to an event that provides such tremendous opportunity and exposure to the fame seeking, passion driven youth.

“It’s not just us broadcasting from a studio on the fifth floor,” remarked Nardella,”We want people to come in and see some of the exhibits in here.  I mean, where else can you see Paul Simon’s first guitar and Beyonce’s crazy clothes and Lady Gaga’s gyroscope thing? There is something here for everyone to see, for every listener.”

The incentives for winning are huge with the First place band receiving $1,000 cash for themselves and $250 for their high school music program. They will also receive a $1,000 gift card from Guitar Center, an appearance on Tri-C’s cable television program Crooked River Groove in front of a live audience, an appearance on the three time Emmy Award-winning program Words & Music that will include an interview and performance, an appearance on Fox 8 News and opportunity to perform as an opening act for the House of Blues or a Live Nation Concert.