The New Face of Tri-C Basketball 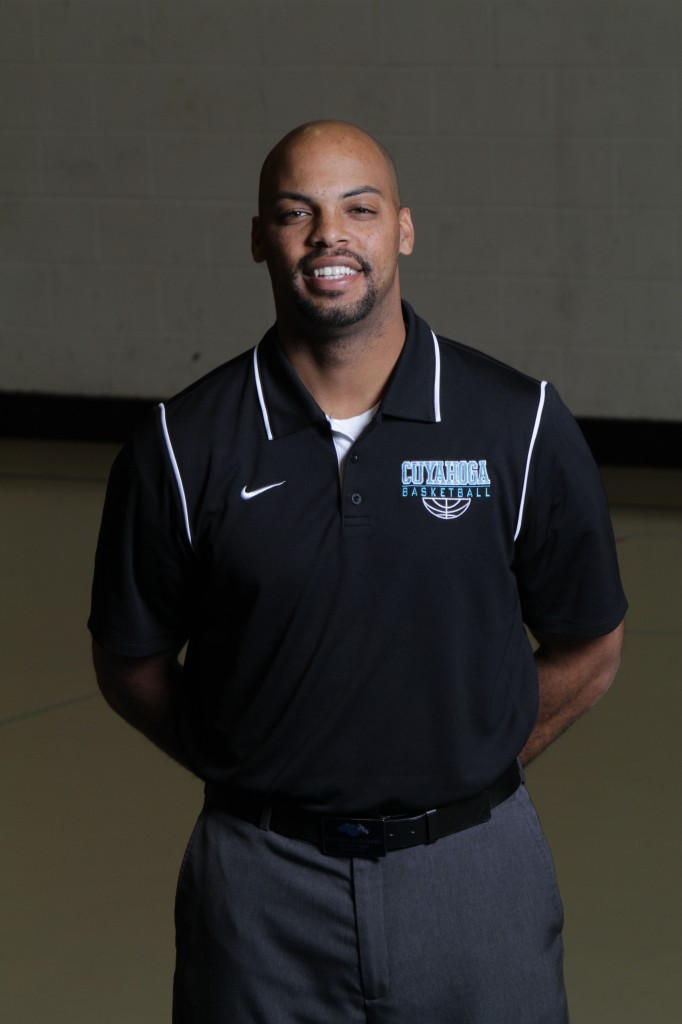 After spending the previous six seasons as an assistant, Michael Duncan was promoted to head coach of The Challengers men’s basketball team at the beginning of the 2014-2015 season.  It would be an understatement to say that his first season has been a struggle. The team was struck by tragedy late last year when sophomore guard Antonio Mason’s vehicle was hit by a reckless driver in Cleveland. The accident left Mason paralyzed. Coach Duncan and the team have rallied around Antonio, dedicating the season to him. In a recent interview Antonio said about Coach Duncan, “He’s a mentor, a father-type figure”. These are difficult circumstances for a team to face but Coach Duncan has shown strong leadership in bonding this team together.

Basketball is Coach Duncan’s main focus. He is a fiery leader on the court and it has so far translated into success in his young career. His team has already surpassed last season’s win total with plenty of basketball left to play. Duncan has tasted success as a player at Tri-C as he was a member of the school’s only Division II NJCAA National Championship team in 2004. This experience has him committed to bringing his school back to contention. He said “I want to turn this program around and get it to a championship level.” Only time will tell if he is able to accomplish this.

The most important thing that Coach Duncan preaches to his players is discipline. He acknowledges that life goes deeper than basketball. Duncan wants his players to be model citizens both on and off the court. Starting guard Cairo Brown said “He’s big on basketball, but he is bigger on life.” However, despite Duncan’s attempts to get through to his players, there have been several behavioral issues this season. The most recent incident was a fight that took place during the team’s 99-95 loss to Lakeland Community College. The fight resulted in Isaiah Bennet, Jalen Stewart and Darrell Parker all being suspended for two games.

Duncan has a powerful personality that shows in his coaching style. He is not too shy to scream at his players when they are not focused or being complacent because of a large lead in the game. Nonetheless, the people that work with him have a tremendous amount of respect for him. Assistant Jordan Dukes told me “He’s a player’s coach, easy to relate to and easy to look up to. I’ve only known him half a year and he’s like a big brother.” Coach Duncan clearly has the ability to connect with people quickly. This is an important trait considering many players are only on the team for a year or two.

This is the start of a new era in Cuyahoga Community College Men’s Basketball. Michael Duncan is a passionate coach that is committed to make a lasting impact at Tri-C. His first year as head coach has been filled with adversity but he has battled through it without wavering. Hopes are high that he can bring the program to success. Coach Michael Duncan is the new face of Tri-C Basketball.

Robert Fenbers contributed to this report.