By Naizhjay McDaniel and Litho Freeman

One might say creating a film requires long hours, and hard work. What if you only had 48 hours?

The 48 Hour Film Project is the world’s largest traveling film festival. The nationwide tour travels from city to city to allow filmmakers to compete. The objective is to see which teams can work together, push through the adrenaline, excitement, and chaos to create a 4-7 minute movie within 48 hours.

During the weekend of October 16th, the tour came to Cleveland, OH, where over twenty teams participated; current and former Tri-C students formed three of which. Each team was given a genre, location, and movie prop at 6 pm on Oct 16th, was required to be included in the film. From that moment on, the teams had 48 hours to make movie magic with their selected materials given by the producer of the 48-hour film project, Brian Bowers.

“ It’s a great thing for any film maker to get into because it’s not a huge time commitment and you don’t need a lot of equipment to get going in something like this event,” says Bowers. 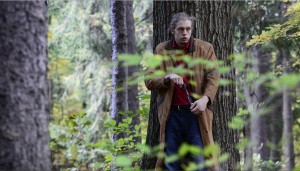 The 48 Hour Film Project’s mission is to advance filmmaking and promote filmmakers through the festive competition. The Project encourages filmmakers from all skill levels to get out there and make movies. The tight deadline of 48 hours puts the focus squarely on the creativity and teamwork of each group. While the time limit places an unusual restriction on the filmmakers, it is also liberating by putting an emphasis on doing instead of talking.

“This is an awesome opportunity for film students, creative arts students, really any student with a passion of film to hone in on, and sharpen technical and improvisational skills,” said Anthony Travagliante, Visual Communication and Design student.

All films will be screened at Tower City. A local winner, which is determined by audience ballot, will be announced. The winners from each city will then be screened at Filmapalooza 2016, the official 48 hour film awards weekend, where they are critiqued by a panel of judges. The grand prizewinner will receive a trophy, and a $5,000 cash prize.