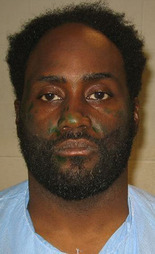 Kevin Walcott tried to turn his life around when he started taking business courses at Cuyahoga Community College Metro Campus. Walcott’s peers and professors reacted with shock and bemusement when they learned last fall that he had attempted to rob a Shaker Heights bank and later was tied to a string of bank robberies in the Cleveland area.

Walcott, 40, pleaded guilty and was sentenced to 30 years in federal prison for seven counts of bank robberies and attempting an eighth last year, said Steven M. Dettelbach, U.S. Attorney for the Northern District of Ohio, and Stephen D. Anthony, Special Agent in Charge of the Federal Bureau of Investigation’s Cleveland office, in a release June 26.

“This defendant robbed more than a half-dozen banks during a month-long spree,” Dettelbach said in a release. “Each of these incidents put people at risk.”

According to court documents, Walcott took approximately $13,000 from the robberies.

“The valuable partnership between the public, local law enforcement and the FBI helped put a stop to this string of bank robberies. The FBI commends the attentive citizens that assisted in bringing Kevin Walcott to justice,” Anthony said.

The 2012 robberies are as follows:

Walcott was arrested shortly after the attempted robbery of the PNC Bank. According to court documents, Shaker Heights police found a handwritten note on him that read, in part: “I have a Gun and a Police Radio If I SEE Police or hear the ALARM you Die First If I don’t make it out you Die First Give me all your 100.00 Both Drawer’s 50.00 20.00 I sEE Bait MonEY 10.00 you Die.”

The news of Walcott’s robberies came as a shock to students in Walcott’s Small Business Management class last fall.

“He was a really cool guy. I would never thought that he would be the type of person that he turned out to be; but some people just make bad decisions,” said Diane Taylor-Gates, who was in Walcott’s class.

This is not the first time Walcott is charged with bank robberies, The Voice was the only news organization to uncover Federal Bureau of Prisons records that show Walcott was released from federal custody March 29, 2011, after serving time for robbing banks in the past.

U.S. District Court records show Walcott was charged and arrested with three counts of bank robbery by force or violence on Oct. 14, 1998. After pleading guilty to those charges, he was sentenced to nearly 4.5 years imprisonment, three years supervised release, and ordered to pay $13,969 in restitution to Dollar, Charter and Star banks.

Shortly upon being released from prison, and into the watchful eye of the U.S. Probation Department, Walcott caught another case, this time three counts of “unarmed robbery.” Arrested once again for robbery on Dec. 18, 2002, Walcott went through the motions to have a trial, but relented on April 8, 2003, to plead guilty to the two counts, while the third count was dismissed.

This recent case was prosecuted by Assistant U.S attorneys Margaret A. Sweeney and Phillip J. Tripi, following investigation by the Federal Bureau of Investigation and Shaker Heights Police Department.

Permanent link to this article: http://www.cccvoice.com/2013/07/01/former-tri-c-student-sentenced-to-30-years/