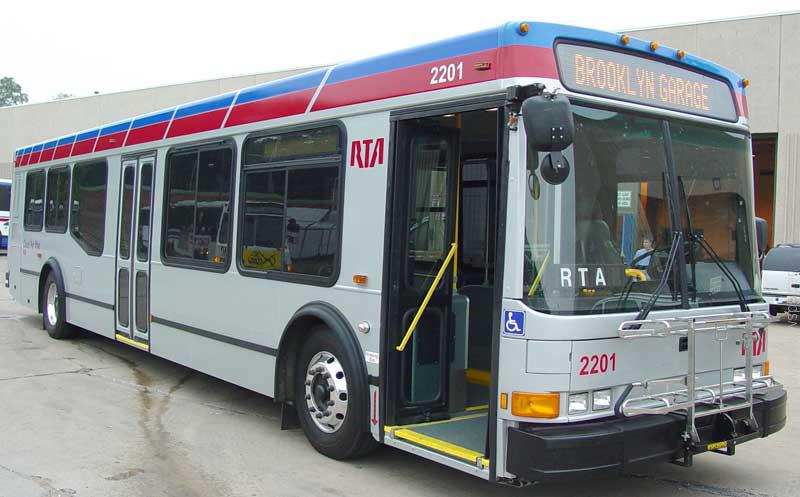 RTA and Tri-C Agree on U-Pass, Can Ride Anytime

You can call it an early Christmas gift from Tri-C to its student after the college announced it would pick up the bill for eligible students to ride RTA buses and trains beginning spring term.

Tri-C will join the ranks of other area colleges such as Cleveland State and Case Western Reserve universities to offer U-Pass privileges to its students. Unlike CSU, where all students are charged $25 per semester whether or not they intend to use a U-Pass, Tri-C will not charge any extra fees for the pass, which allows students access to mass transit at any hour, on any day.

Nnena Okolo, a current nursing major with the intent of becoming a neonatal nurse practitioner, boarded an RTA bus outside the Metro Campus and expressed her praise about the new program.

“I feel that taking the bus for free will be easier for students to get to school, especially students that don’t have enough money,” Okola said.

“Through this agreement, Tri-C and RTA will benefit 30,000 students by increasing their access to classes and support services,” Tri-C President Alex Johnson said. “This collaboration embodies our commitment to remove hurdles that may stand in the way of students’ success in their education.”

This new U-Pass at Tri-C is available to currently enrolled students who are taking at least one credit of credited classes at the college, whether it be a full 16-week, 14-week, or 8-week session.

“Once their enrollment is confirmed . . . (students) will receive their U-Pass in the U.S. mail to the address on file with the College Registrar’s Office,” according to a memo sent to college faculty signed by college officials.

In the agreement with RTA, the college will pay around $900,000 each academic year, which is the cost of what students paid for transit coupled with Tri-C’s subsidy payment in the last year. Since this new agreement starts mid-academic year the college will only need to shell out $250,000 to begin the program in January.

Right now, the U-Pass was available for Tri-C students at a discounted cost of $180, while the standard price is $340. The difference of $160 was split by Tri-C paying half, and the RTA absorbing the other half of the $80, according to David Hoovler, chief of staff to Johnson.

Essentially, after January, the college intends to pay for all of the U-Pass, along with its subsidy. The agreement will last 18 months at which point both parties will review ridership statistics, do a reassessment and choose to make adjustments or not.

When the new academic year begins in August 2014, $400,000 is already budgeted as it has been in previous years – its subsidy it pays RTA – so the question now is where will the other half million dollars come from. While the 2014-15 budget has not been put together yet, the answer remains vague, but Johnson’s staff doesn’t seem to be worried.

“As far as where those funds are coming from, as Dr. Johnson has said, as one of his priorities is looking carefully at our financial resources and reprioritizing the budget to ensure that the maximum amount of funds are available for direct instruction and otherwise to benefit students in a more direct way,” Hoovler said.

The U-Pass is a shiny silver decal that is instructed to be affixed to the lower-left hand corner of a student’s My Tri-C Card. The sticker should not obstruct the photo, ID number, name, and must placed on the front-side of the card.

While a one-credit course at Tri-C costs a total of $101.21 (institution fees do not apply to less than 4 credits), a semesters worth of monthly bus passes will cost nonstudents $340. A grand savings for new students interested in trying out, say a 1-credit Introduction to Sport and Exercise Studies course, the college will also throw in a “personal trainer” and free access to high-tech fitness equipment, free weights and cardio machines at state-of-art facilities in Highland Heights, Campus District (downtown), Parma and Westlake, which all students enjoy (plus the class only meets for 8 weeks).

“There may be people who are registering for classes with the intent of getting the bus pass; while there is a recognition that that may happen, there is also the sense that if people are registering at the college and seeing what’s available it might be an inspiration to continue the education, or otherwise enrich their lives through what we can offer,” Hoovler said.

On another front, as current Metro Campus riders can attest to, the three buses serving that campus from the central RTA location at Public Square downtown Cleveland, already have many peak hours of standing-room only, packed-in-like sardines, rides to and from school. The Voice reached out to RTA officials to see if there is a plan in place to add more bus routes during peak hours to what will likely be a surge in ridership to Tri-C.

At print time, on this breaking story, an RTA spokesperson could not give immediate data but said, “I know we are doing service improvements every quarter and our next one is Dec. 15, and they are posted at www.riderta.com,” said Mary McCahon Shaffer, public relations with Greater Cleveland RTA.

The announcement memo listed Tri-C assistant professors Rudy Stralka and Eric Primuth as leading the initiative to have Tri-C and RTA look at partnering up more like the other area colleges. The past couple years of Tri-C student government delegates has also played a big part in trying to get the college administration to advance forward with this issue as well.

“A lot of credit needs to go to the faculty members as well as a number of students who have been championing this for a number of years,” Hoovler said.

The Voice will have continuing coverage in its next issue the first week of February on how the plan was formulated, how the plan is working in its first month, and ridership data. Immediate news regarding the plan will be posted to the Voice Web site CCCVOICE.COM as they come available.