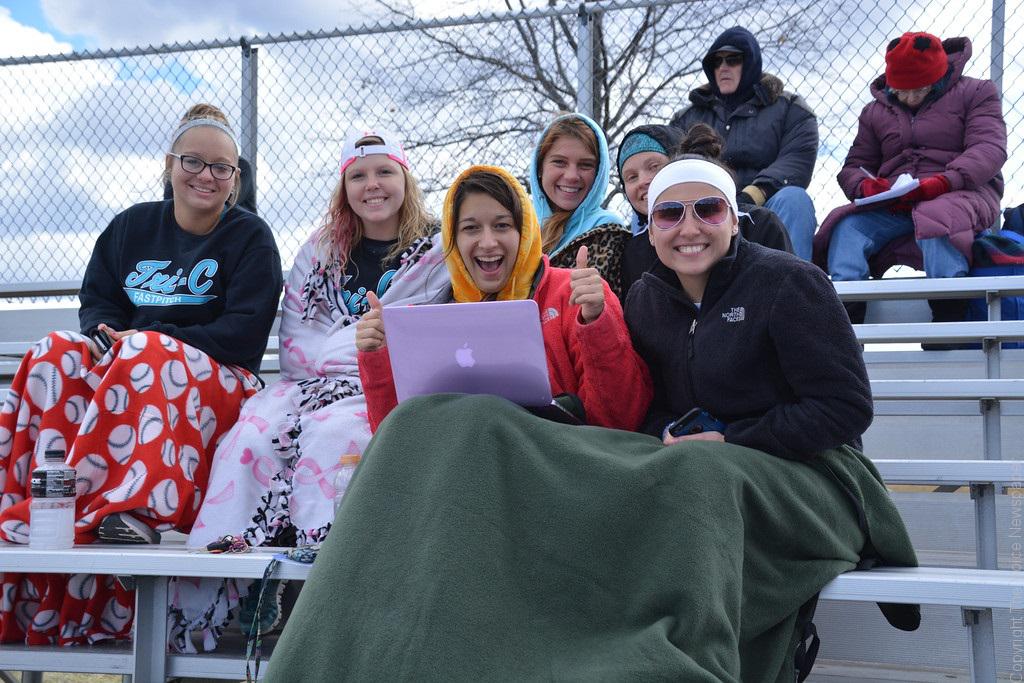 Members of the Lady’s softball team were bundled up to cheer on their Challengers. Photo By Emily Rohm

On a blustery afternoon, the Challengers looked to play catch-up, something they have been doing all season, due to numerous postponed games from inclement weather.

The game began with a hurricane force onslaught brought on by the Challengers in the first inning, led by a Gabriel Vargas homerun. As the players battled wind gusts, Tri-C’s Kyle Warner was settling in as he compiled four strikeouts in 5 innings and only allowed four hits.

Coach Agona noticed the wind was blowing out for the doubleheader. “There were a lot of home runs on both sides,” he said. Both offenses thrived off of the windy conditions, especially Tri-C. The game was out of hand early, as the Challengers entered the 7th inning with an 11-3 lead. They may have taken their foot off the gas as the Lakers of Lakeland fought back with four runs, but it was not enough as the Challengers would take Game 1 of the double header 11-7.

In their second game, the Challengers picked up right where they left off with a three run 1st inning.  But Lakeland would answer back quickly with two runs in the 2nd inning. Pitching had a difficult time against Lakeland as Stephen Stoneman gave up a homerun and four earned runs in four innings.  Ryan Andrzejczyk would come on in relief and also give up two runs.  Eventually Lakeland’s four runs in the 5th inning would prove too much for the Challengers as they would be defeated 8-5.

Coach Agona is proud of his team and how they have started out the gate in his first year as head coach. “We have exceeded expectations at this point so far,” says Agona. Ben Szymczak, was recognized as Player of the Week for (March 9-22). Agona has noticed Ben’s hard work in the offseason paying off.  “Ben has obviously been the catalyst of our offense so far. I thought he had a good fall and worked hard all winter,” says Agona. 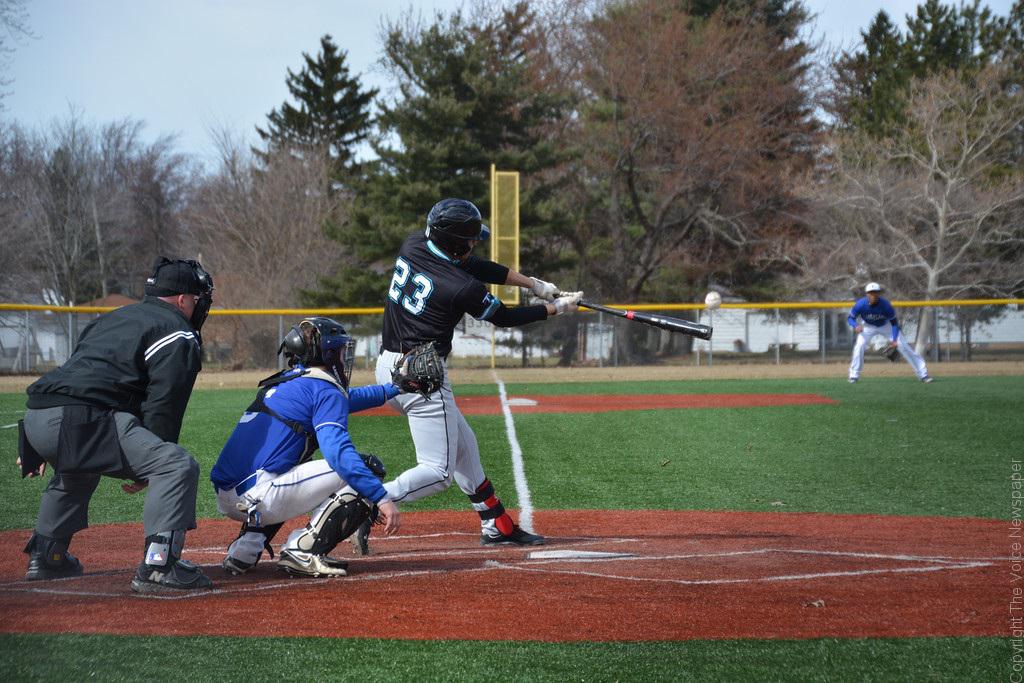 The Challengers sit at 14-6 and 2nd place in their conference, as they prepare for a showdown with conference leading and defending champion Sinclair this weekend.

Permanent link to this article: http://www.cccvoice.com/2015/04/15/challengers-split-doubleheader-with-lakeland/