You are probably thinking. “Wasn’t Memorial Day on Monday, May 27?” In his comments to the gathered crowd, Commander DeChant explained why this was a separate event. The first Memorial Day services were held on May 30, 1868, according to the website usmemorialday.org. Commander Dechant did explain that the commonly associated Monday holiday was actually a law signed in 1971 that gave us three day holidays by moving the celebrated date to the closest appropriate Monday. In Memorial Day’s case, that is the last Monday of the month of May.

Memorial Day was conceived as a way to remember those who had given service to our country’s armed forces and fallen. Not merely those in battle, but those who have lost against the rigors of time are honored. The ceremony on campus was not long, but it does not have to be. Not all remembrances need lengthy parades or musical numbers. But what it did not have in flashy attractions, it made up for in its poignant simplicity.

In attendance, we had several representatives from current and former members of most of the United States Armed Forces. Aside from being thanked by several of the speakers, there was little fuss made over them. Services were not offered to thank them, but to remember those who have slipped away ahead of us.

The Western campus is in a select handful nationwide that have a Veterans Garden on campus. Anybody who has dropped by the Crile Archives, nestled between the Technology and Learning Center and the Library, will know that the Western campus once held Army barracks instead of school buildings. Many might even know that this same location was home to the Crile General Hospital, serving veterans and active military, until the current VA hospital structure appeared. The history goes even further back, to include German prisoners of war captured during World War Two.

All this builds to a grand history of tradition and service. To pay even a portion of our regards back to those who have fallen ahead of us, we honored them with a traditional Memorial Day. Not a barbeque, or pickup game of baseball among family and friends, but a quiet celebration of their memory, and a heartfelt thanks for their services in and away from the battlefields. If you get some time this week to drop by the memorial site on campus, take the opportunity to add your thanks, without the need of marching bands or loud crowds. 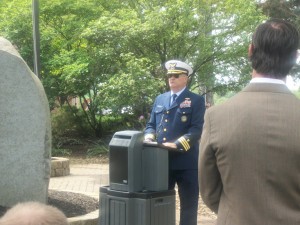 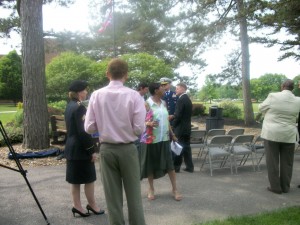 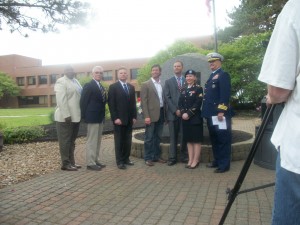