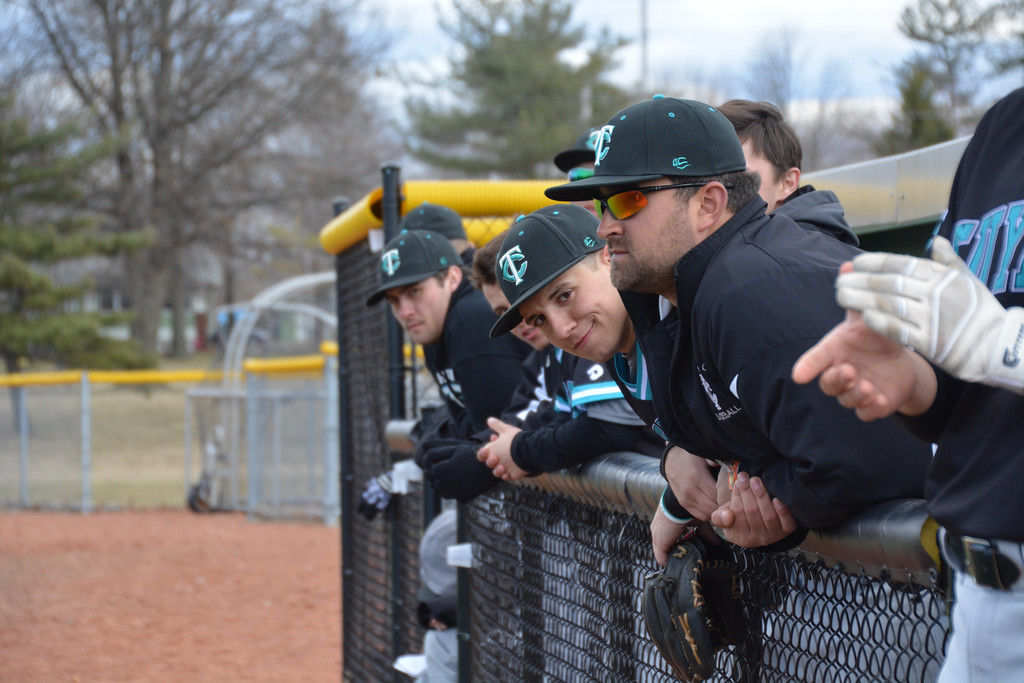 Players look on from the dugout during a game. Photo by Emily Rohm

The Challenger’s Baseball team was looking to bounce back this year after a less-than stellar, 12-21-1, performance last season. Evan Agona is in his first season as head coach for Tri-C and he has seemed to change the culture for the team. “The players have been working hard to buy into what we are teaching,” says Agona. He has an impressive coaching resume that includes five seasons as an assistant at Mount Union University. This season can already be seen as success with the Challengers sitting at 18-9 and surpassing last season’s win total with several games remaining.

Outfielder Ben Skymczak has been the team’s top offensive weapon. The sophomore is leading the team in nearly every statistical category. His prowess behind the plate has already earned him an OCCAC Player of the Week recognition. Skymczak is currently hitting .389 with 5 of the teams 12 homeruns on the year. “We’ve been a little surprised by his power numbers,” said Agona.

The team has already posted multiple 5+ game winning streaks as well as a dominant 9-2 record at home. The team has a clear advantage when they play at Ron Mottl Field, despite the light crowds. Agona has noticed that the team has grown comfortable playing at home. “Our infielders especially love playing on the turf.” It’s possible that the quality of the field could be what gives the team their advantage. Whatever the reason is, the team excels when they are at home.

The Challengers are amid another winning streak currently after taking their last 3 contests including both games of a double-header at Malone University on April 6th. The team outscored Malone 21-3 on the day. Coach Agona has sparked this bunch in his rookie season at Tri-C. The Challengers are trending upward and it appears to be the beginning in a new era of baseball at Tri-C.

Permanent link to this article: http://www.cccvoice.com/2015/04/28/challengers-baseball-midseason-recap/